Whenever I go into Waterstones or WHSmith I remember the mile long list of books that I am expected to read (I’m looking at you, Goodreads), and I am filled with the worry that a better read person might ask me if I enjoyed Thomas Hardy’s depiction of injustice in Tess of the d’Urbervilles, or Williams’ portrayal of the declining South in A Streetcar Named Desire.

For those of you who feel that the list of ‘must reads’ is just too long, I have chosen some time saving alternatives that are better than the cult classic.

Farenheit 451 (1953) follows Montag as he begins to question why he burns books for the government, and wonders what can be gained from a world without accessible knowledge. As his loyalty to his profession deteriorates, Montag becomes enlightened and despises the consumerism he sees around him: he is distainful of his wife’s devotion to the television and her acceptance of whatever the state wants.

In the foreword to Farenheit 451 Bradbury writes that ‘When the first version of the novel was finished, I hardly knew what I had done.’ And I believe him.

The plot rattles from one point to another predictably. At first Montag believes it is ‘a pleasure to burn’ literature, because he enjoys watching the flames bite away at the pages. What follows is a plot twist that anyone could have seen coming: Montag realises that the act of burning books is a way for the state to control the population, to keep them docile, and to keep them ignorant.

I lost interest in Bradbury’s jumpy plot when Montag, now secure in his belief that burning books is an abomination, visits his comrade Faber. Faber greets Montag and introduces him to the ‘audio-capsule,’ the ‘green bullet’ that allows him to communicate with Montag while he is out in the world. Faber is too afraid to join the rebellion himself, and so he will guide Montag through the ear piece.

When Faber exclaims ‘I’ve had this little item ready for months!’ despite them having only met weeks ago, it all became a bit too much for me. Bradbury portrays a man who is torn apart by his desire for enlightenment in the totalitarian world by racing from one plot point to another, not fully developing any strands, and not tying any together.

What To Read Instead:

The Screaming Woman (1951) follows a young girl as she walks out of her back door only to discover a woman, buried alive and screaming, in the field behind her house. The young girl runs to her father for help. He makes her wait until he has finished his dinner, and then asks why she is so flustered. She tells him that there is a woman buried alive screaming in the back garden.

He says that he has never known a woman that wasn’t.

Bradbury’s short story is succinct and powerful: he explores social constructs far more subtly than he does with Farenheit 451, in which the protagonist’s journey from ignorance to knowledge is glaringly obvious. The Screaming Woman explores intersections between gender, familial relations, and age through Bradbury’s use of a young female protagonist who, dismissed by the masses, takes matters into her own hands. 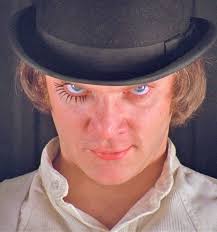 Anthony Burgess’ A Clockwork Orange (1962) follows the fifteen year old protagonist Alex as he leads a gang of criminals through  totalitarian, state ruled England. Burgess’ novel is rife with violence: Alex is imprisoned for the rape of a woman and experiences yet more violence at the hands of an experimental procedure called Ludovico’s technique. In this experiment Alex is injected with a serum which makes him violently ill, and he is then forced to watch dozens of clips of murders, rapes, and assaults. The aim of this experiment is to alter his reaction to violence: he feels nauseous whenever he thinks of committing a crime.

In a 2002 interview Burgess said ‘It is not the job of the artist to propound messages […] it is merely the task of the literary creator, like the musical creator, to produce shapes, structures.’

It is this focus on shapes, elusive and undefined in the mind of the reader, and the insistence on portraying the characters as card board cut outs, imitations of real people in real situations, that made me bored of A Clockwork Orange. Like Bradbury, Burgess presents his protagonist as a figure who serves to highlight the issues within their futuristic, totalitarian societies, rather than characters in their own right. The characters are barely able to react to the situations themselves before the God-like hand of Bradbury or Burgess swoops down to remind them that they serve the purpose of acting against the state, never relaxing for one moment under the dystopian, totalitarian rule.

What To Read Instead: 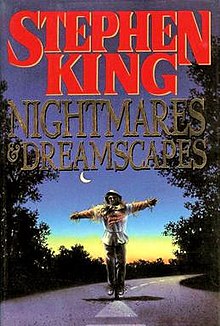 Stephen King’s short story Suffer The Little Children (1972) depicts the story of Mrs Sidley, an elderly pre-school teacher who begins to believe that the children she teaches are possessed by demons. Despite King’s story being supernatural in focus, the reader is drawn to the characterisation of Sidley, and the real life aspects of mental decline in old age.

King creates tension leading up to the violence denouement of Suffer The Little Children, and it is this careful use of striking scenes that makes this short story worth a read. The ending is all the more impactful because King has not sprinkled violence throughout. The stative line ‘She killed twelve of them and would have killed them all if Mrs Crossen hadn’t come down for a package of composition paper’ shocks the reader, in that it serves to emphasise the realistic aspects of King’s story.